More than a Farm 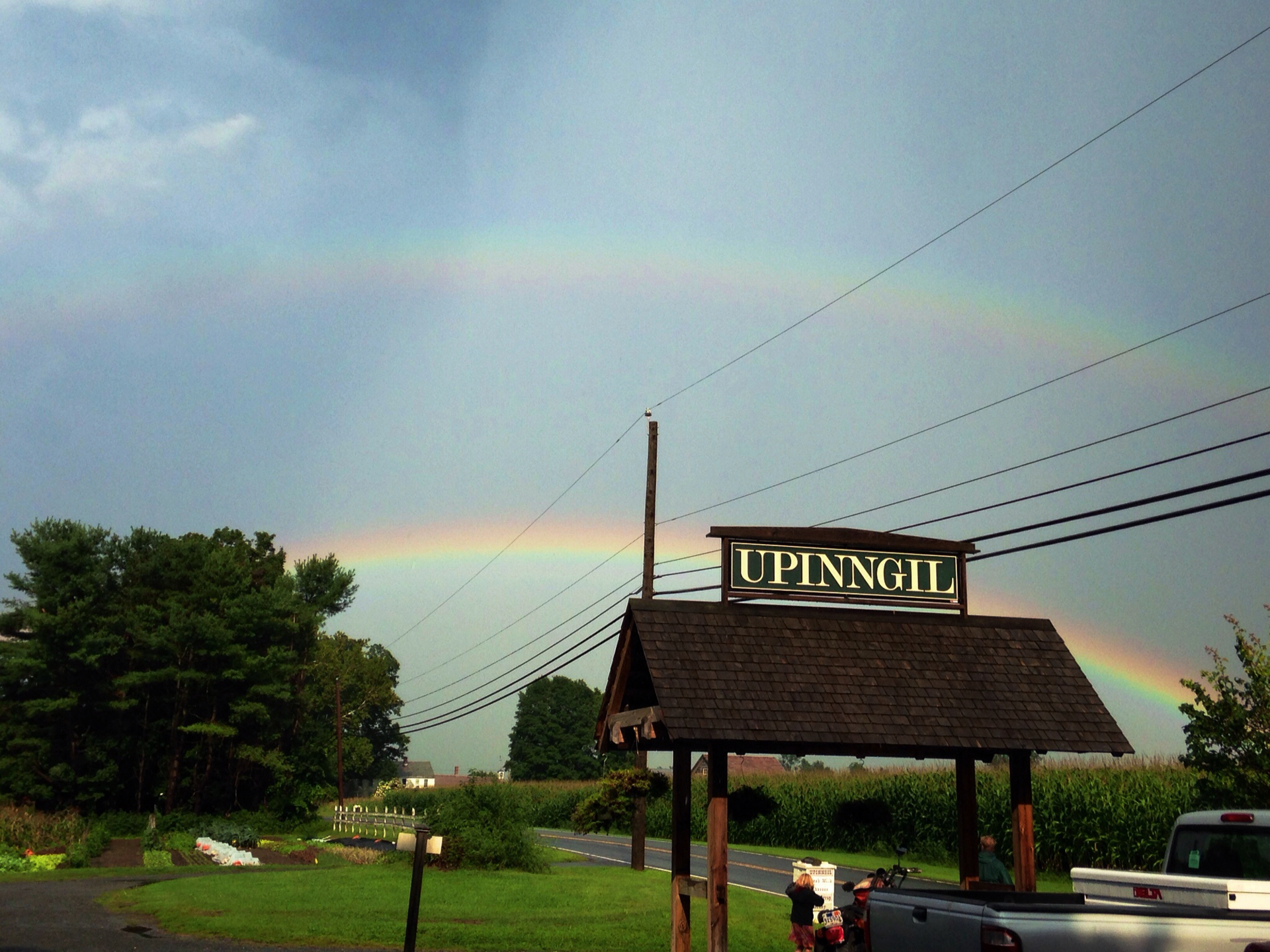 Upinngil is a place and a business, but it is also a great deal more than that. It puts into action the belief that the key to regaining and maintaining environmentally sound farming practices is to re-establish the connection between consumers and the land that produces their food. When people visit a farm to buy locally-produced food , they not only re-educate their tastebuds, but they also begin to grasp the fragility and complexity of the process that puts healthful food in their stomachs. Our pick-your-own crops (strawberries, raspberries, peas, flowers, herbs) maximize the benefits to both the consumer and the farm: consumers enjoy a lower cost and absolute freshness by picking fruit themselves, and it reduces labor for the farm during the busy season. We welcome our local community to come hang out in the backyard, enjoy a picnic, or a walk out back to visit the cows. 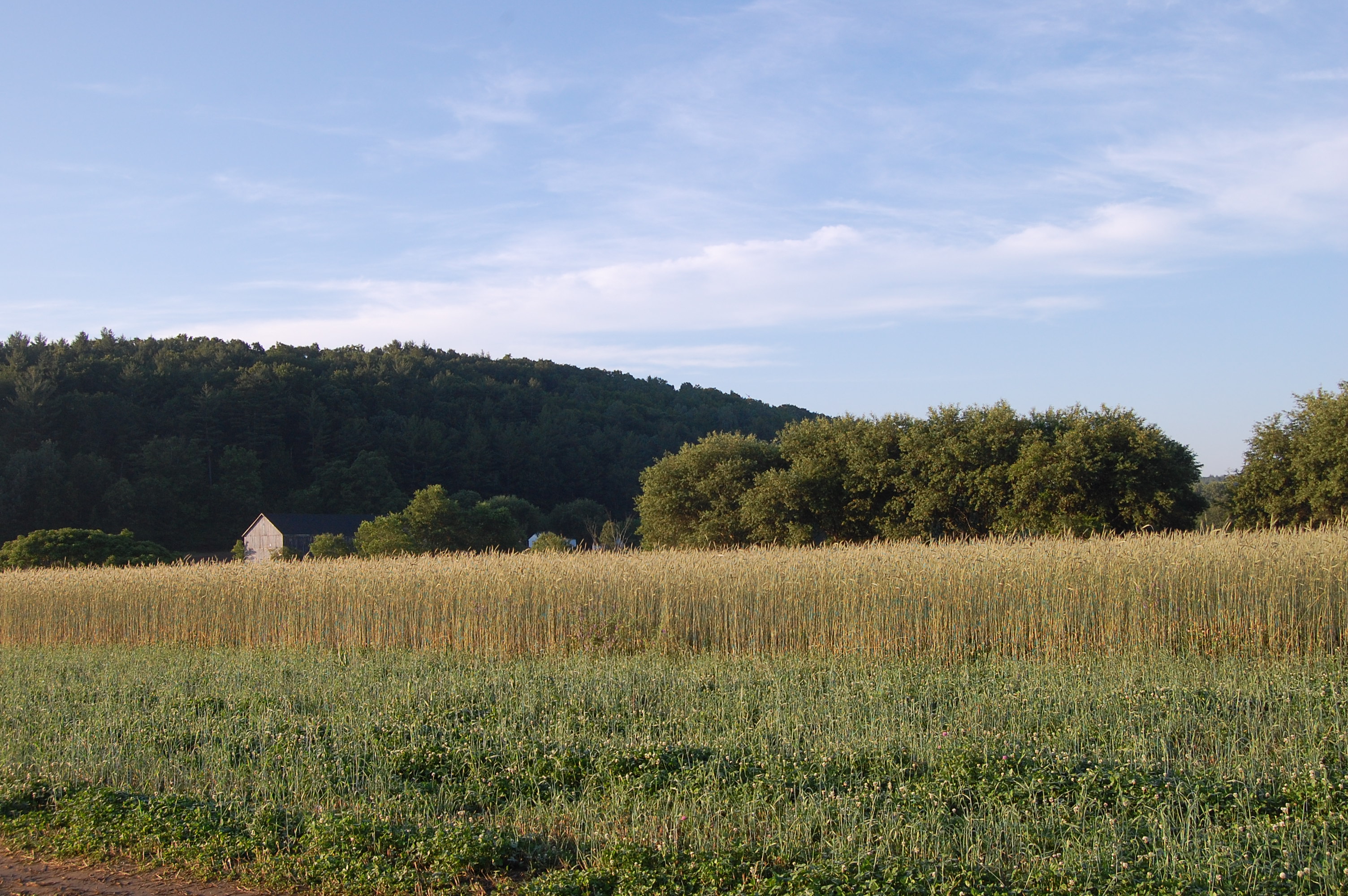 We farm about 100 acres total at 411 Main Road and several locations scattered around Gill. Our location in the Connecticut River Valley, the terminus of the glacial ice sheet during the Wisconsin Period, is one of the most fertile places on earth. Much of the land at Upinngil has been in cultivation or used for grazing continuously for more than 300 years. We manage our land intensely and attentively, always striving to maintain a healthy, productive, interconnected and diverse ecosystem. 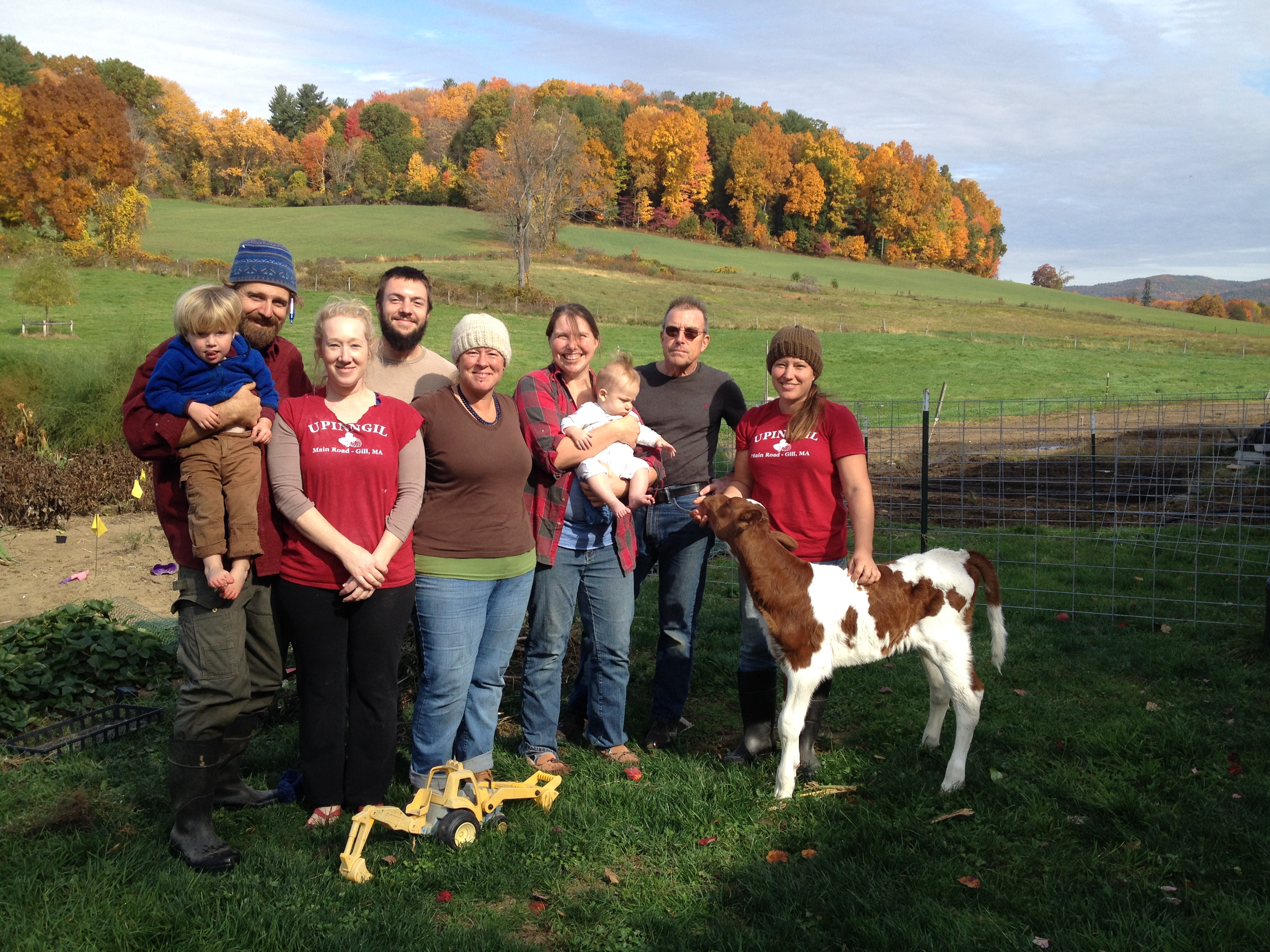 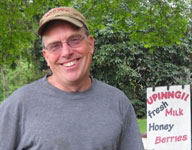 Clifford Hatch comes from a tradition of New England family farming that reaches back to the early seventeenth century. Cliff grew up on his family’s farm in Granby, MA. He founded the farm on Center Road in Gill with his wife, Patricia Crosby, in 1987, raising his three children (Sorrel, Rhys, & Malcolm) in the farming tradition. Cliff’s vision and fortitude saw the farm through the early days before our valley was excited and supportive of local agriculture.

In 2000, Clifford’s family sold the Lyman family farmstead in Granby and Upinngil was able to expand to the land at 411 Main Road where the business operates today.  Cliff manages and oversees all aspects of farm production: the planting, cultivating, and harvesting of the field crops, tractor driving and equipment maintenance, payroll, bookkeeping, herd management, & cheese making. He is active in local and regional farming organizations and serves on the boards of the Greenfield Farmers’ Cooperative Exchange, the Northeast Organic Farmers Association/Massachusetts, the Franklin County Technical School, and the Greenfield YMCA. During the precious moments he’s not farming (usual during the winter months) you’ll hear his “whistle blowing” above the store, where his model trains run. 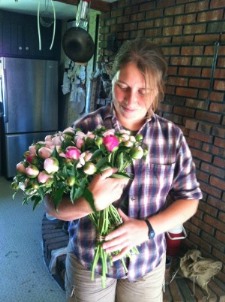 Sorrel Hatch, “The Farmer’s Daughter”, has been with the farm for 30 years (since its founding when she was four years old). Sorrel is the linch pin that holds us all together. Many distinctive features of the farm Sorrel conceived, developed, and then taught to employees: the Little Red Hen Bakery, the Market Garden, the Farm Stand, Upinngil’s much sought after salad mix, the CSA program, the chickens and their many magical moving coops, Upinngil’s self-check-out and honor system, the pick-your-own flower garden. Sorrel works non-stop juggling her three boys and all that is Upinngil, which at this point can’t be done without the support team we now have. She and Isaac were married on the hill behind the farmhouse in 2013 and are raising their children (August, Everett, and Wilder) on the farm. 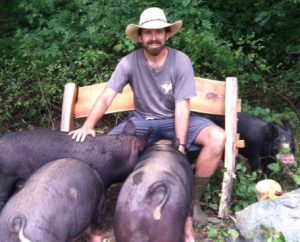 Isaac Bingham has been with the farm since 2013. He builds infrastructure, milks cows, makes cheese, writes the newsletter, coordinates visitors & volunteer groups, and connects the farm to the wider community in countless ways. He is a carpenter, designer, ceramic artist, and chainsaw sculptor whose works you can see all over the farm. His favorite product developments for  the  Farm are:  pastured raised Upinngil Pork,  Shiitake mushrooms, and the much-sought-after, year-round Upinngil Salad Mix. 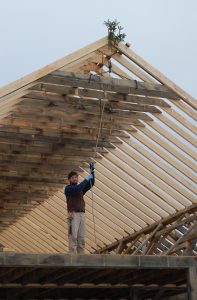 Rhys Hatch grew up in Gill and was feeding the animals before he could read or tie his shoes. He graduated from Brown University in 2008 with a degree in Literary Arts. On a trip home from Rhode Island in 2009, he decided to help out a little. A few months later, he was putting the finishing touches on Upinngil’s new post-and-beam barn.

Simon Eaton has been with the farm since 2009 and has become Clifford’s right-hand man. Simon is the evening cow milker, production manager for market garden, hoop house and most field crops, winter salad harvester, and strawberry season crew leader. He drives tractor, plants and cultivates field crops, maintains equipment, manages the potato cave, assists with the wheat harvest, and manages milling and grain sales.

Sarah Porrovecchio has been with the farm since 2014 . There’s some debate as to whether she should be called the cow wrangler or the cow whisperer, in any case she does both. Sarah is the farm herdsman. She bottles milk and makes cheese. She also manages cow health, breeding and calving; maintains and rebuilds fences; manages pasture rotation and mowing; and tedds and rakes hay.

Pizzas are hot! Come get them now, and every Thurs

Theme by Anders Noren — Up ↑

Get Directions to Upinngil: